News Detail
Home / News / The most recent and most egregious design quirk that’s been quietly swelling in popularity is fake exhausts.

The most recent and most egregious design quirk that’s been quietly swelling in popularity is fake exhausts.

The most recent and most egregious design quirk that’s been quietly swelling in popularity is fake exhausts.

No matter the industry, trends come and go with the tides — some fizzle out and don’t catch on, some hit the mark and truly define an era — and some are just plain awful. The automotive industry is no different.

In the 1950s, there was jet-age styling with turbine-inspired intakes and fins sprouting up everywhere. In the ’80s. it was turbos and stylized graphics down the door panels. A couple of years ago, seemingly damn-near-every sports car needed a vent of some size or shape behind the front wheels — a trend we’re still very much in the throes of. (Which isn’t as bad as the fake intake vents designers seem to be using as a crutch to fill the massive amount of space on the front of cars.)

But the most recent, most egregious design quirk that has been quietly swelling in popularity: fake exhausts. Stainless steel pipe-ends built into bumpers just for show.

This design lie comes in various levels and forms. The first high-profile case was the first-generation Lexus IS-F. That car, at a glance, looked like it had a unique set-up: two pipes vertically stacked on either side of the car. But if you took a closer look, you’d see the bottom exhaust tip of each pair wasn’t actually connected to anything.

Indeed, if you look at most luxury cars on the road today, you’ll see the “exhaust tips” aren’t connected to anything other than the bumper. They masquerade as big, wide-mouthed sport exhausts, but the puny, seemingly-unfinished pipes actually connected to the engine are actually hanging out behind them, mostly hidden under the car.

Then there’s an even more egregious offence, as seen on the Audi SQ5 above, along with o I reached out to Audi (and a few other manufacturers) to ask what the point of it was, but none responded. Maybe because, well, there’s no good answer. What Audi did — and what other brands are guilty of as well — was design the lower rear bumper to look like it has a chiseled, edgy, performance-orientated quad exhaust built into it. In reality, it’s just black plastic. Which, plainly speaking, is a waste of perfectly good plastic.

Why even bother? What’s the point? Are we that hung up on the connotation of performance that Audi would have felt ashamed had it not added fakes? At this point, Audi is no better than the guys who bolt on false hood scoops, or the ones who buy BMW M badges and stick them on their Corollas.

Some Automotive Details We Absolutely Love 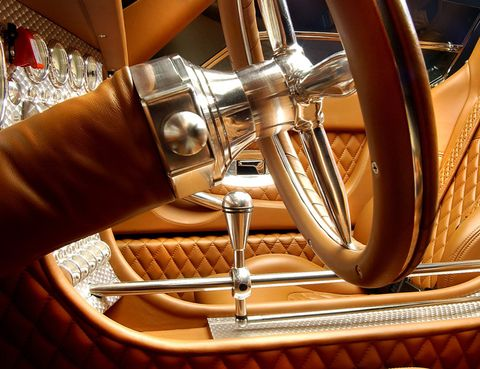 A car is certainly more than the sum of its parts。